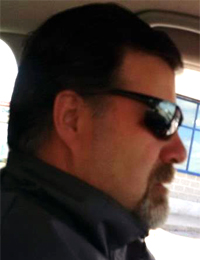 Brian started his police career in 1981 with the Metropolitan Toronto Police Force at the downtown division.

His investigative experience began as he served in the Detective Office, Major Crime Unit and Plainclothes Office.

In the late 90’s he had the opportunity to transfer to S.I.S. (Special Investigation Services), during this time he was tasked with managing surveillance crews and wiretap rooms during CISO and Toronto Police wiretap Investigations. He served in subunits there such as the Break and Enter Squad, Cargo Theft Unit, Fugitive Squad (Tactical Surveillance Unit) and the Major Projects section of the Impact Task force (later known as Gun’s and Gang’s).

Brian then transferred to the Intelligence Bureau (Mobile Surveillance Services) where he was promoted to Sergeant. After a two year uniform secondment he returned to the Intelligence Division (Mobile Surveillance Services) as the Detective in charge of a surveillance crew. This position required him to be responsible for the day to day performance and operation of the crew including the development and evaluation of all crew members.

After more than 30 years of Policing, Brian retired from the Toronto Police Service and began work as an account executive with a well-established security integration company. He then made the decision to start his first company BSD Consulting and Investigations where he operated as a private investigator, personal protection consultant and surveillance specialist.

Today he offers his experience and professionalism to the private sector as the co-owner of Toronto PI Incorporated.