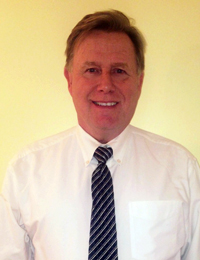 Mark worked in a Major Crime Unit in downtown Toronto, a District Street Level Drug Squad, the Major Project Section Drug Squad as an Undercover Operator, Undercover Handler and Surveillance Team Leader. He also worked the RCMP/Combined Forces Special Enforcement Unit which targeted Organized Crime, as well at the Intelligence Division where he worked on Part 6 Investigations (Wire Taps). While at the Intelligence Division he also worked in the Major Crime Task Force, and the Impact Task Force which then became the Guns and Gangs Task Force

In the latter part of his career Mark lectured at both the Toronto Police College, and the Ontario Police College/CISO and instructed on matters of his expertise which included topics such as: Undercover Course, Plainclothes Course, Drug Course, Source Handling Course, and Source Development Course.

Mark retired as a Detective from the Intelligence Division – Covert Operations – Source Management Section where he was responsible to oversee all aspects of investigations relating to Police Confidential Informants, and Police Agents.